Who Are You? And, What Are You Trying to Say? 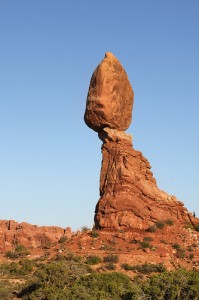 I got a phone call four nights ago from a good friend's husband.

While she and I were really good friends about seven years ago, and have maintained a caring friendship across many miles and life changes, I didn't know her husband really well.

Which is why my heart sank when I heard who it was on the other end of the line.

“I'm really sorry to be calling to tell you this. Terry passed away five months ago.”

Seriously, it's impossible in that moment to process the information.

Terry? There's no way. She was only 44. She was strong, healthy and passionate about too many things. The part in my brain that understands death is nowhere near the region in my brain that holds Terry's image and life. And they weren't moving any closer together then, even as he told me the details of her passing.

Terry was the Executive Director of an environmental organization in Homer, Alaska when she died. Before that, she was heading up the Red Rock Forests advocacy organization in Southeastern Utah. Mostly, Terry was a passionate advocate for trees, animals and natural habitats. She loved dogs. She loved hiking. She loved making things better. Spend an hour with Terry and you knew who she was and what mattered to her.

It's not that other things don't matter to Terry, too. She adored her husband and stepkids. She was a kind and thoughtful friend. I'm sure that in the last six years when miles and life changes made our contact infrequent, she had many interesting things going on in her life beyond what I knew of her. But what I absolutely know for sure is that my sense of Terry from way back then is the same driving sense of Terry that those who met her six months ago experienced: committed, loyal, tireless-fixer, saving the planet in big and small ways, laughing at the dogs' latest shenanigans all the while.

Ever since I got that call from Harold, Terry's husband – between memories of little things Terry and I did together, conversations I so enjoyed with her –

I keep thinking to myself this:

I love knowing exactly who Terry was – it was always so crystal clear. She was both a wonderful listener and an eloquent, passionate and thoughtful advocate for what she believed in.

What is my version of this expression in my own life?

I knew who Terry was and what she believed in – and she didn't have to scream it from the rooftops. It was clear by the way she chose to spend her time, the conversations she was inclined to begin and the places she put her energy and attention. I want to be even more of that kind of clarity of self-expression. She's a meaningful guide for me. Thank you, Terry. Every Red Rock, ocean view and goofy-faced dog will remind me.

Thank you, Alan Vernon, for the beautiful Red Rock image.