It’s Not Public Speaking That Causes Anxiety, It’s This 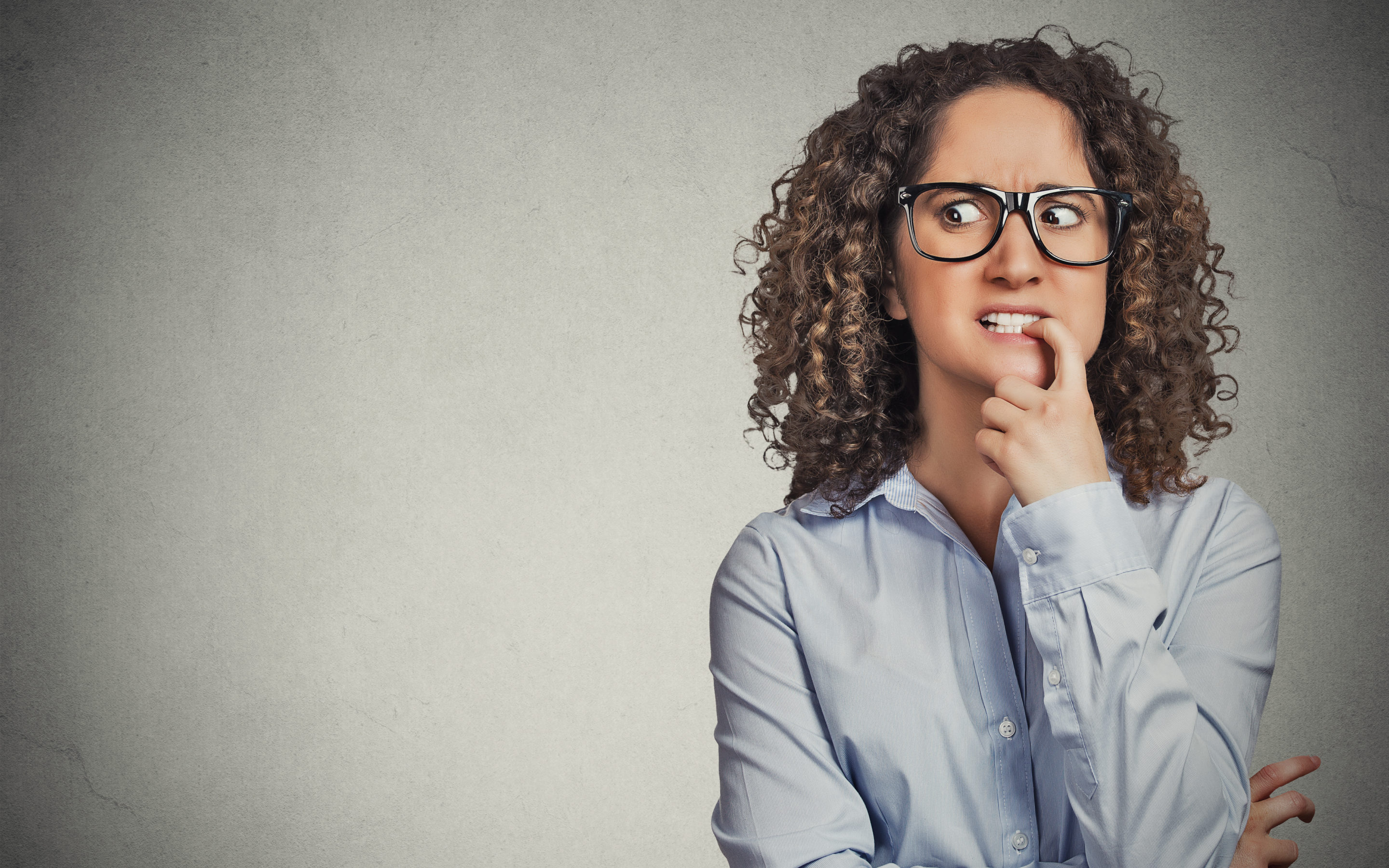 Hey. I'm Michelle Barry Franco. I want to talk about what really scares us about public speaking, because I believe now that it's not what we think it is. It's not actually public speaking that scares us. I recently checked in with a client, as I often do, and just … We had worked together a little over a year ago, and so I was just asking, “How's it going? What kind of speaking have you done recently?” You know, just sort of like give me the latest. She wrote back to me pretty quickly. It was via email, and she said, “I'm just … I had some pretty cool speaking events after our work together, but eventually I just decided that it was so difficult. It was so painful and anxiety-provoking to go through the process of preparing for a talk that I'm just not doing it anymore.”

I was so bummed to hear this, because first of all, this woman is an expert in her arena. She is a really great speaker. We had crafted her in awesome talk full of best practices, the only way I would craft a talk with the client. And I had given her a whole lot of anxiety reduction tools because she had expressed that one of the main things that she was struggling with around public speaking was speaking anxiety. I thought we had largely handled it, although that's something that with practice, putting yourself out there, just does tend to get better and better over time. So, I thought that that would also happen. Well, turns out the opposite had happened.

This really caused me to step back for a minute and think, “Okay, what? If all these tools … ” I've just given her all my best practices both around crafting a great talk that she could feel proud of and confident in, but also all of my best anxiety reduction strategies and many of them do often work. She certainly felt better when we were working together and afterward when I heard … I heard from her immediately after her first talk that was already scheduled when we were working together and she said, “That was awesome. I've never felt so great about my speaking. Super excited to get out there and do this more.” And yet, then a year later, this is the feedback I get.

So, again, I had to step back and think to myself, “What is it? What can I do? Is there anything I can do to help people sustain that feeling of confidence and ease as they go forward with public speaking?” Because she's certainly not the first client who said this to me. This is what I realized, and this is what I want you to take with you. Number one, it is not the actual public speaking that scares us. Now, this might feel like semantics to you, but please stick with me. It is the thoughts we think about public speaking that scare us. Now, don't click close on this video and say, “Oh, here goes Michelle with her whole thoughts thing again,” because I have a new insight into this that I think is even more useful.

But first of all, let's just visit, what do I mean by our thoughts about public speaking? These are thoughts like, “Oh my God, what if … You know, what are they going to think of me? What if I blow it? What if I forget what I'm going to say?” It's all the same thoughts, the same thoughts that you're probably thinking either clearly articulated in your mind or they might be wordless like, “This is just really scary. I don't want to do it.” Sometimes those don't even form words in our mind, especially around this kind of primal thing like public speaking or this public speaking anxiety.

You've probably heard me talk about that analogy that I have believed for a long time, which is that the reason public speaking is so scary for us in this almost kind of primal way is that it comes from way back when we had to be a part of the tribe in order to survive. Literally, like a neighboring enemy tribe could kill us if we were off on our own. So to be ostracized, which can happen in our mind's perception, if we stand up and share our ideas, would mean death. So, I don't know if this is true or not, right? I know that public speaking is a fear for lots and lots of people. That is a real thing that people talk about.

But here's the thing, back to this number one thing I want you to really take in. It's not the actual public speaking that scares us. You know how to do that, right? I can tell you how to do that. You can read books about how to do that. It's really not that hard. I mean there's stuff to learn. There are best practices, but it is our thoughts about what might happen if we make a mistake or something like that that make public speaking so petrifying.

So, you might be thinking like, “Who cares, Michelle? If those thoughts arise every single time I'm about to speak, then isn't it public speaking that's causing those thoughts?” And here's the thing, is it? Is it actually public speaking that's causing those thoughts or is it just that thoughts our brain thinks, right? We do have this correlation, right? Like every time we're about to get up and speak, we get nervous, so we think, “Oh, it's the actual public speaking that's causing it.” But, have you ever had a time, maybe spontaneously, where you got up and spoke and it was okay, or where you got to speak, you know, you even knew you were going to speak and you're prepared for it, but it was a topic that you were, you know, really, really well versed in it, it was an audience that was so loving and supportive that you just didn't have that reaction, and so you didn't feel nervous? Like, is there any circumstance where you've been standing in a group of people and somebody asked you a question and you answered it, you know, from fully all eyes on you? Was that? So, why? Is it really the public speaking or is it our thoughts, “Oh my gosh. When I get up on that stage, all the lights will be on me”? And again, these might be wordless or they might be full of words.

So if it's our thoughts, then we can separate from those thoughts, right? Now, what I would have said to you before is we can think new thoughts, and that's cool. Sometimes we can think new thoughts and it's wonderful and those thoughts feel better than they help us move forward, but what I have found is that that doesn't seem to be sustainable. That is not a long-term, all encompassing sustainable approach, because we can always then have a new thought and it squeaks in there and we're like, “Ooh, that one I wasn't prepared for,” so we don't know what to do with it. We can't find a new thought to replace it with. But what if we could just recognize, “Oh, these are just thoughts, just something my brain does, like they aren't me. The me deep down knows I'm supposed to be up here sharing this story and expertise. That's what I meant to do“? That's what your wisdom knows. The thoughts are just your brain's activity. It's what our brain does.

So, the first thing is recognize it is the thoughts that are causing the anxiety. Second, know that you do not have to change those thoughts. This is the revolutionary part. This is the part that changes everything. You don't have to go find the correct new thought that we'll feel better. Sometimes that works. I'm not saying it hasn't worked. That's what I did for a long time. That's what I've taught for a long time, but I've just started to realize that it wasn't sustaining for too many people.

Well, the truth is we don't actually need a new thought. We just need to recognize that we are thinking, and we can actually create that separation and turn toward the wisdom in us that says, “Oh, I'm supposed to be sharing my stories and expertise,” and we speak anyway. When we do that, and we do that over and over, we really do sort of train our mind, although that's not exactly what we're trying to do, but it just seems to naturally happen. Our brain stops doing that same circle of, “Oh, scary, scary. Public speaking is dangerous,” because we have all this experiences that tell our brain, “Oh, it doesn't seem to be that dangerous. Okay, new little thread of thoughts.” Again, doesn't matter what our brain is thinking because we're not really paying attention to that, that we're not giving it a lot of meaning, but that does tend to ease that as well over time.

I can't wait to hear all about your speaking adventures. Take good care.