What to Do if You Make a Mistake on Stage 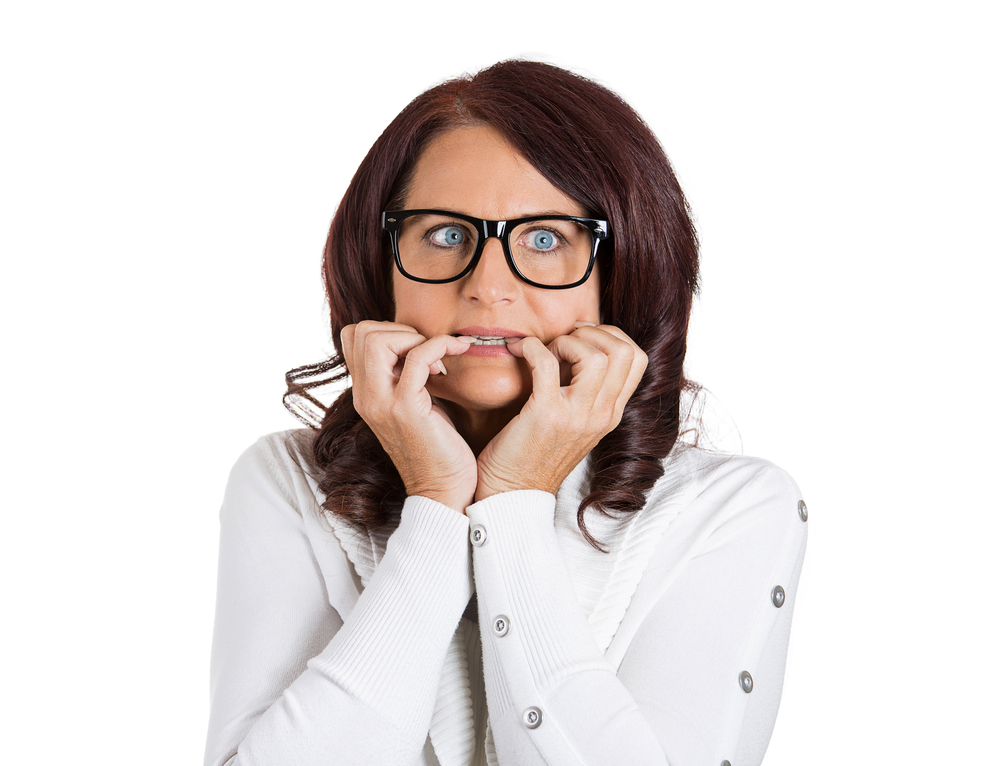 This month we're talking a lot about visibility and what gets in the way of us putting ourselves out there.

What are the things that get in the way of us getting on stage? I know one of those is: What if I make a mistake?

I want to tell you about a time that I made multiple very visible mistakes before I even got to know the audience – and the meeting organizer just basically threw me under the bus big time while introducing me. (I really had just made an example of myself, I'll admit.)

I was at this three-hour speaking / training event that I was doing. I had come to this event off of a vacation, and I had written to the team there and asked them about what I needed to bring, would my slides be set up on a computer there for me and other preparatory questions.

I got a very quick response back that said, “Yep, everything will be ready for you,” which should have been my clue… When I got there, they did not have my slides on another computer and I did not have the adapter for my MacBook Pro, which is the very newest and you need all these crazy new adaptors for it. They literally searched everywhere, all over the building. Everybody in the room was looking in their bag to see if they had something that would work. It was terrible.

It was my understanding that we had handled this but apparently, we hadn't because I was supposed to use my laptop. I thought they were going to use theirs. I thought that was what her answer meant. But I was wrong about that.

And so, the meeting organizer comes to the front of the room as he's introducing me and he says, “So Michelle's here but first… see what happens when you don't bring the right equipment with you? You want to always be prepared.” Then he gives an example and he says, “So-and-so from their organization went to his first conference and he showed up and he didn't even have his own remote.” If you're a pro speaker, you have your own remote.”

I’m there to teach about presentation skills and I've already broken two of these cardinal rules, especially his cardinal rules, which are: have your adaptor no matter what, which I agree with, and have a remote, which now I agree with as well. You should just have these things so you don't get in these very uncomfortable situations.

Luckily, I had three hours to recover with this group. Thank goodness that this was all happening after years of training and speaking so I wasn't taken down by these events. I was able to say, smiling sheepishly in a whisper,  “Y'all… I don't have my own remote.”

It ended up being kind of this funny thing and someone lent me theirs and we all became great friends.

And that is what I said to them. I said, “You know what? If this laptop never got hooked up, if I never found a remote, we would have an awesome session because I don't need these slides, and I don't need this computer to serve you with this message I'm going to share with you today. These are going to help, they're my assistant but that's one of the things I want to teach you today is …”

I just turned it into a teaching moment, which felt very amazing that I was able, in the moment, to come up with that. But here's the thing, they were not wrong. I absolutely should have had my own adaptor and I should have had my own remote, yes. But I recovered, and I recovered because I know in my heart and soul that I am there to serve them, and that I have what they need to be better speakers, and that we can do that on big pieces of paper on the wall all day long. And it will be just as good, it will just be a different experience.

I bring this back around to you for your consideration. What are the mistakes that you could possibly make? When you think about those – do they really matter in the whole scheme of things? Because this is what I say over and over again in my trainings and in my coaching (because it's true): if you're okay, they're okay.

So, if you make a mistake, the key is that you recover. That you recover and get back into serving because that is our job as speakers, right?

So get out there and make some mistakes. Have them throw you under the bus and recover anyway. I'm still surviving and thriving – and so will you. All right, see you next week.